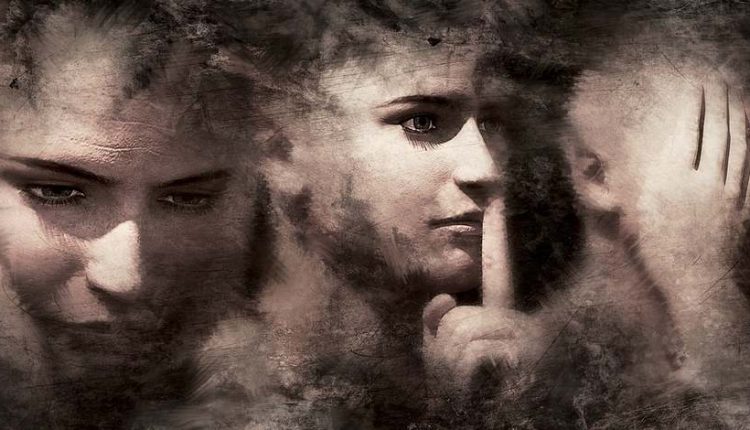 Transcript of Talk given to Women Talk Back!, the Feminist Student Society at the University of Bristol on International Women’s Day for the  Elimination of Violence Against Women. I argue that framing gender critical feminist scholars as transphobic bigots has been instrumental in helping usher in an authoritarian, reactionary trans movement dressed in the rainbow cloak of progressivism.

On Transgender Remembrance Day, November 20, 2020, Angela Rayner, Deputy Leader of the Labour Party, made a surprising statement and a call to arms. She conveyed several unsubstantiated opinions, even untruths, which shore up the Labour Party’s commitment to reform of the Gender Recognition Act (GRA) 2004 These included the following:

What have Rayner’s un-truths and moral injunctions got to do with today’s topic, namely the challenges feminist scholars face in contributing to public debate?

In liberal democracies the University has a very particular role to play in relation to Truth: It provides a forum in which a range of ideas can be openly debated and truth claims and evidence critically examined. As a feminist scholar, my truth claims may be completely wrong or my evidence insubstantial or even absent. It is up to other scholars to engage in dialogue with me to demonstrate why I’m misguided and to present alternative claims and evidence which can also be publicly scrutinized.

In recent years, something very serious has happened within the academy in relation to one topic only: Transgenderism. Established conventions of debate and truth-seeking have broken down and one theoretical model dominates. I have written elsewhere about how ‘queer theory’ – basically the substitution of ‘gender identity’ for sex in law and in life – has taken hold in universities as the only legitimate explanation of sex, gender, social discrimination, injustice, diversity and inclusion.

A mob culture has been allowed to thrive where ‘queer’ informed academics and students robustly attempt and often succeed in gagging any alternative view. In place of reasoned argument, any feminist rebuttal of queer theory or the use of methods that don’t completely comply with all queer theory’s central tenets, incurs accusations of bigotry, transphobia and committing literal violence.

Many feminist academics have had talks cancelled, jobs threatened, books banned, journal articles refused, research grants made unavailable and so on because of the inordinate power that the taint of transphobia brings with it.

Briefly, I highlight two specific areas where I have fought hard to talk back. It has required ruthless determination. These are:

Firstly, I talk back to: a) the completely non-scientific claim that sex is culturally ‘assigned’ at birth, so that being a girl or boy is socially constructed not a biological fact; b) the faith-based claim that ‘gender identity’ is in-born even though the baby has not yet been exposed to sex-stereotyping. In other words, I refuse to believe as fact that women can have penises, men can get pregnant, and a boy brain can reside in a girl’s body!

Secondly, I talk back to the Tavistock NHS Hospital Trust! I challenge the medicalisation of children and the physical abuse of their bodies on the basis they are ‘truly trans’ (according to the criteria of queer theory). The Gender Identity Development Services (GIDS) at the Tavistock is founded on queer theory not science. For a number of years, it has muzzled dissenting clinicians. The World Professional Association of Transgender Health (WPATH) provide guidelines for practice with which the GIDS complies. It too is a pseudo-scientific organisation informed by queer theory and whose transactivist membership defines the criteria.

I have consistently argued that the Tavistock is politicised. Its adherence to unproven theories, the lack of analysis of the structural social issues causing the exponential rise in girls declaring they are truly boys, the policy of gender identity affirmation, the use of unlicensed, experimental drugs, the child’s inability to give informed consent because of psychological and cognitive immaturity, the impact on the body of cross-sex hormones including future sterility, is nothing less than a national scandal taking place in broad daylight!

I await the result of the Judicial Review of the GIDS this coming Tuesday to hear whether the judges agree with me that this practice must stop [1].

Rayner has signed a Labour Party Trans Rights Charter where she pledged to believe that: ‘Transwomen are Women’; there is no material conflict between trans rights and women’s rights; she would help organise and fight against a WPUK and LGB Alliance; she would support the expulsion from the Labour Party of those who disagree since anyone who does not unequivocally comply becomes a de facto transphobe.

Rayner’s evidence of escalating transphobia is the increase in hate crimes statistics. Figures released last week from a study, entitled the Femicide Census, show that between 2009 and 2018 some 1,425 women were killed by men in Britain. On average, a woman was murdered every three days – a horrifying statistic, unchanged over the decade. By comparison, a charity named Transrespect versus Transphobia Worldwide reported that in the last 12 years, 11 trans people were murdered in the UK. Rayner made no equivalent, heart-tugging emotional appeal to the social injustice of the actual murders of actual women in the previous year, nor did she think it relevant to mention that when trans identifying men are murdered it is at the hands of other men not feminist scholars.

[T]he perception of the victim is the defining factor … Evidence of the hostility is not required for an incident or crime to be recorded as a hate crime or hate incident.

Hate crimes are often statements of biological truth: ‘Female is a biological reality’; ‘Woman. Noun. Adult human female’; ‘Sex is biological, dimorphic and immutable’. I myself have been reported to West Yorkshire Police for hate. What was my crime you might be wondering? A trans identifying man in the audience perceived as hate and as criminal my talk that children are not ‘truly’ trans but are young people with sex dysmorphia who need in-depth psycho-therapeutic support rather than medical intervention.

The imposition of ‘trans correct think’ has chillingly swept away reason from the university, most political parties and liberal democratic institutions. When our politicians and institutions take their lead from The Stonewall Trans Ministry of Truth – “Trans Women are Women: Get Over It!” – it has fallen to feminist scholars and women’s rights campaigners to resist and talk back about the consequences for women and children. These consequences range over almost all areas of life including gender identity medicine, social policy, NHS health advice, sport, prisons, women’s refuges, women only shortlists, Girl Guides, what children can be taught in schools, compelled speech and so on.

A healthy body politic would not have tolerated the interlocking power relationship which has grown like wildfire, particularly in the last five years, between unsubstantiated theory, political parties, lobby groups such as Stonewall, children’s charities like Mermaids (which have successfully campaigned for earlier and earlier medical intervention), and the very organisations tasked with upholding equality like the Equality and Human Rights Commission (EHRC) (but which are Stonewall Diversity Champions).

In conclusion, as Deputy Leader of the Labour Party, whether or not she has ever read a single word of queer theory, Rayner makes trans faith claims and almost semi-religious moral injunctions that love is the answer. It is extremely dangerous for politicians to convey ideology as fact or compel others to share their own values on the basis they should be beyond question and made universal.

Until recently, the academics monitoring this politicised state of affairs were almost exclusively feminist. Silencing has been effective not because we are afraid of unsubstantiated, hyperbolic charges of transphobia but because of its consequences: Universities (as employers), fellow academics, journal editors, grant-givers and publishers have all fallen for the alleged moral virtue that #NoDebate places them on the ‘right side of history’. I disagree.

The framing of feminist scholars as transphobic bigots has been instrumental in helping usher in an authoritarian, reactionary movement dressed in the rainbow cloak of progressivism. The causalities have been women and children’s rights to autonomy, body integrity, and legal protection; obfuscation of the material reality of male violence and that women in western liberal democracies are overwhelmingly the victims; and the loss of liberal democratic processes themselves.

[1] This paper was written before the result of the Judicial Review on Dec 1, 2020. In a landmark judgment that will have repercussions around the world the Court ruled that puberty blockers and cross-sex hormones are experimental treatments which cannot be given to children under 16 years (in most cases) without application to the court. It is highly unlikely that a child could understand the long-term risks and consequences of treatment in such a way as to have sufficient understanding to give consent.

Transcript of Talk by Women Talk Back!