The Brave New World of Academia 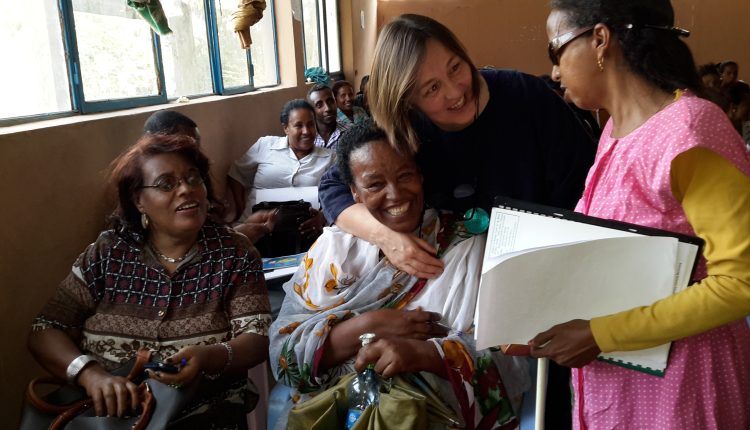 In the current UK academy, the deployment of the ‘No Platform’ policy now seems to have migrated to a ‘No Journal Editor’ policy as evidenced by the pressure put on two academics last week to stand down from their editorial roles. In the first instance, Sarah Honeychurch, one of the editors of the journal Hybrid Pedagogy, received a formal email from Chris Friend, Assistant Professor of English at St. Leo University Florida, the journal’s managing editor. He “invited her to resign her position” because she had signed a letter to the Sunday Times. In this letter a number of academics critiqued as inappropriate the close relationship between the LGBT charity Stonewall and UK Universities. The letter argues that via the education section of the Stonewall Diversity Champion Programme, trans-awareness workshops are delivered to academics which present only one set of ideas, some of which are anti-scientific presented as objective fact.

In the second instance, Michele Moore, another signatory of the Sunday Times letter and honorary professor at Essex University, found herself subject to a call for her resignation by a petition of 700 people which included some scholars in the world of Disability Studies but a much larger proportion of trans rights activists located in and outside the UK. The interesting thing in this case is that Moore is not only one editor among many but is herself editor-in-chief of the journal Disability and Society. She faced calls to resign after signing the letter, but also because of her well-known concern that children with complex psycho-social needs, including autistic children, can be harmed through the injunction of transgender theory and politics to unequivocally affirm children’s identification as transgender, thus exposing them to a life-time of medical intervention, including sterility.

Friend, in justifying his successful action to divest Honeychurch of her role says that the journal Hybrid Pedagogy:

‘For a journal to argue adamantly for the liberation of marginalized students, its staff cannot then become—or even appear—the oppressor. Before any debate can take place, our authors must be safe. [The Times] letter threatens that safety and precludes the debate we seek … this is not a matter of shutting down an argument or censoring a perspective. It is about holding space for a group that needs protection against the entrenched powers of authority already in place’.

Similarly, Dr Angharad Beckett, associate professor of sociology at the University of Leeds, and one editor among a number of the journal Disability and Society, wrote a letter of resignation which gives as one of her reasons the issue of the psychological well-being of trans-identified people. Beckett says : “the letter will do little to make transgender colleagues and students feel welcome in universities” Thankfully, in a remarkably positive move, Taylor and Francis, the journal’s publisher, through completely proper procedural investigation of the claims, has declined to ask Moore to resign but has supported her. In an email to the Executive Committee Taylor and Francis conclude:

“Having seen both the petition and online discussion circulating on Disability and Society, we are putting in place a full review of the Journal’s editorial policies and processes. This is to ensure such processes are positive, inclusive and transparent at all points of the publication process, providing the Journal’s Editorial Executive Board with a robust framework to work within. Such support will also be for the Journal’s Editor-in-Chief, Michele Moore, whom we will not be asking to step down. “

The words unsafe and unwelcome as they are applied to Honeychurch and Moore remind us of the significance of what is at stake here: the failure of editors to obey transgender theory, even editors-in-chief with a long-standing history of safe journal steering, should be made to suffer dire consequences for non-compliance; the ‘victims’ are reasonable and ideology-free, asking nothing more than a space where they can be safe from abuse; dissenters are unreasonable and ideology-driven people who are tantamount to being some form of violent oppressor.

This approach attempts to silence through the following strategy: since discrimination against anyone on the basis of personal identification is clearly wrong, anyone who exercises free speech and thought – e.g. Moore’s public concern about the medical transitioning of children which Stonewall supports, but about which there is much public disquiet, including dissent amongst medics themselves – means that she is ‘really’ a right wing bigot or a pariah in the discipline of Disability Studies

In the 1970s, the exceptions to free speech in the academy, controversial at the time, were based at least on the belief that some racist or fascist ideas are too extreme to be heard. These exceptions are no longer rare but, on the contrary, they are becoming ubiquitous and thus non-exceptional. Under the banner of ‘diversity and inclusion’ academics as well as students are busy building a pampering culture best described as a refusal to countenance any view not cognisant with the status quo of transgender ideology and their legitimation of this refusal through petitions and campaigns. Students, staff and political activists campaign not for freedom of speech but freedom from speech, as well as from any association with people whose values they do not share. Personal feelings trump other trifling principles such as intellectual freedom, the free exchange of ideas, or acknowledgement that another’s ethical values, although different from one’s own, might be deeply held, based on evidence and equally grounded in the principles of human diversity and social inclusion.

As I write, the backlash to Taylor and Francis’ decision rages. I applaud the publisher for standing firm and I do so not only because of the current issue that academics such as Honeychurch and Moore can find their scholarly reputation in tatters through slurring and unsubstantiated allegations, but because this debacle resonates beyond the boundary walls of the academy to the issue of freedom in liberal democracy.

Decriminalization of Prostitution: The Soros Effect