The Ministry of Trans Truth 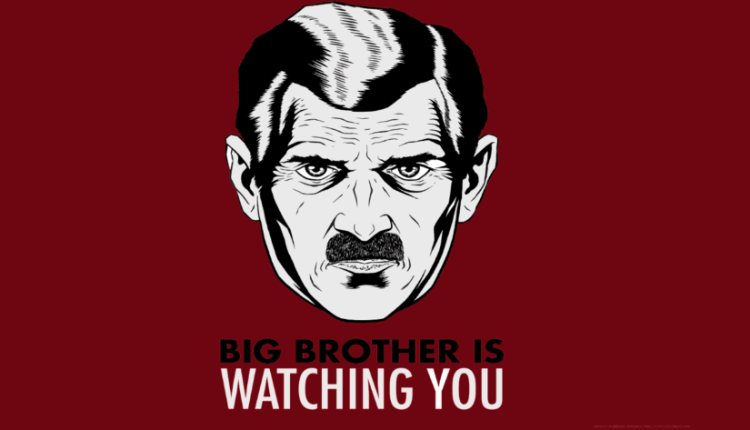 The language of transgenderism is designed to silence dissent.

I’m fascinated by the way that concepts apparently arise from nowhere, take hold in the popular imagination, then become naturalised and beyond question.

One such idea is that individuals can be ‘born in the wrong body’, so that men can be women. Since there is no scientific evidence, neuroscientific or otherwise, that an unambiguously biological male can in fact be female, how can society have arrived at a stage where people who question the claim ‘trans women are women’ are routinely labelled Nazis, bigots and transphobes?

A new nomenclature has arisen which bifurcates women into two groups, ‘cis’ (biological women) and ‘trans’. This performs a linguistic sleight of hand that enables the idea that some men can actually be women. But no matter how cultivated their ‘feminine’ outward appearance, ‘trans women’ (as opposed to transsexuals) have penises.

The concept that ‘trans women’ are women, and that we must believe this is so because they affirm it, is further translated into the idea that ‘trans women’ are even more oppressed by the patriarchy than their ‘cis’ sisters. Progressives routinely turn with vitriol on women who challenge this newly minted ‘Truth’, labelling them ‘trans-exclusionary radical feminists’ (TERFs), no matter how moderate, thoughtful, or indeed trans-friendly those women are.

This new definition of womanhood is having bizarre effects on our political institutions. The Labour Party now admits men who identify as women on to all-women shortlists, without any necessity for a gender-recognition certificate. A number of these men have successfully applied to the Jo Cox Women in Leadership programme.

Then there’s the misogyny. Labour continues to support Lily Madigan in the role of women’s officer for Rochester and Strood, despite his bullying of gender-critical feminists and other women. One of his latest Twitter missives states that TERFs ‘can go fuck themselves’, and he is allowed to say this with impunity not only by the party but by Twitter itself.

Labour also (briefly) appointed the ‘trans woman’ Munroe Bergdorf to an LGBT working group. Bergdorf had recently been quoted in Grazia saying that many feminists are biological essentialists, because we apparently ‘summarise women as walking vaginas… a similar approach to that of misogynists’.

A kind of informal Ministry of Truth has emerged around the trans issue – or rather, a Ministry of Propaganda, since it is responsible for the falsification of historical events and biological facts. In keeping with the concept of doublethink, the ministry creates and then spreads ‘Truth’ through the new language of ‘cis’ and ‘trans’.

And in a chilling twist, it is now feminists who are the alleged extremist misogynists, purely because they don’t allow human beings with penises to control the political narrative. The statement – both mundane and tautological – that women don’t have penises is now considered inflammatory. When a feminist group distributed stickers making this observation recently in Liverpool, the police opened an investigation.

A cold wind of authoritarianism is blowing through our allegedly progressive, liberal-democratic society. When telling the truth becomes hate speech, when oppression becomes ethics, when non-facts become Truth, we all better look out.