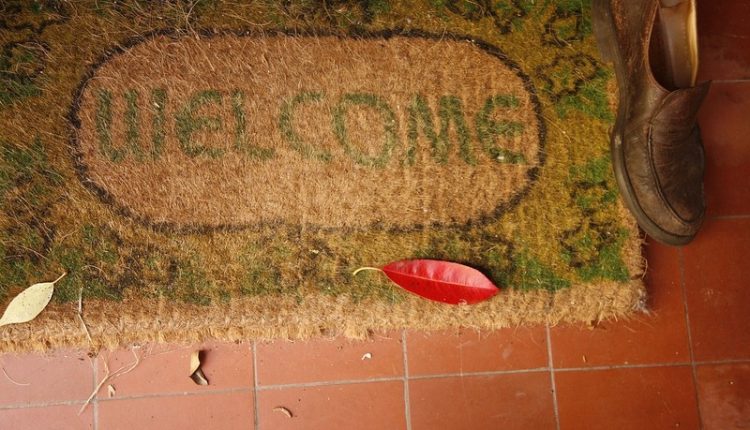 At Yearly Meeting Gathering 2017 I participated in a workshop led by North East Thames Area Meeting where we discussed how to welcome and nurture transgender Friends and attenders in our Meetings. I was moved by the testimonies of individuals who identify as transgender and who ministered to their deeply felt sense that they were the opposite gender to the one assigned during childhood. I was heartened by the collective ministry which hoped that as a Society we will develop and encompass progressive ideas that gender – femininity and masculinity – is not fixed and the inevitable outcome of biological sex, such as being born a boy or girl. However, I also experienced a profound dis-ease, one that has not lessened with the passage of time.

North East Thames Area Meeting has made a statement to Meeting for Sufferings which is now considered by Quaker Life. In supporting transgender Friends, it urges us to increase our learning about transgenderism according to transgender Friends’ truths as well as ideas about transgenderism within society at large. The statement asserts: “we recognize that there is a growing awareness in society, and in the Society of Friends, that the terms ‘man’ and ‘woman’ prove incomplete when describing the diversity of gender identity and experience that exists”. Transgender Friends have provided “some useful information” to help the Society in our growing understanding of gender. For instance, a new term has been coined to describe those who are not transgender: “cisgender … identifying with the gender typically associated with one’s designated sex”.

My dis-ease is centred around the social harms that may follow if we uncritically accept transgender ideas. It is important we are aware where these ideas emerge from (i.e. queer theory) as well as that they are contested by others, including social scientists, medical professionals, and philosophers. I am one such social theorist and I am also a Friend. Many thinkers seriously contest transgender ideas, not because they are afraid of gender diversity, but on the contrary, precisely because transgender narratives may not free us from gender stereo-types but endorse them.

The idea that “‘man’ and ‘woman’” should be placed in inverted commas flows from the idea that sex is “designated”. But men and women are biological categories, not designated ones, based on the material reality that humans are bifurcated into two biological groups, according to their role in sexual reproduction. Gender, in contrast, refers to cultural customs or stereotypes into which we are all inducted from children onwards. Transgender ideas perform the reverse movement to the celebration of gender fluidity since they take attention away from gender as a social construct reify gender (i.e. ‘femininity’ and ‘masculinity’) as innate. If we endorse the transgender idea that gender identity is innate (not socially constructed) but that sex is designated (by birth attendants and parents, often described as ‘a mis-recognition at birth of the baby’s true gender) we reverse the order of sex and gender with severe consequences for women and children

The idea of ‘cis’ gender is hardly ever used about men who apparently remain entitled to their bodies and their rights, but constantly used by transgender theory to break ‘women’ down into two categories: biological women like myself who allegedly identify with femininity; transwomen who as boys and men also identify with femininity. Firstly, the idea suggests that ‘cis’ women are comfortable with gender. I know of no woman, even the most orthodox, for whom gender stereo-types have not been experienced as in some sense constraining. But secondly, and most importantly, ‘cis’ sets up a hierarchy where biological women are often attributed as having unfair privilege over transwomen. Since “identity” is more materially real than the sexed body in this view, then ‘cis’ women and transwomen are both oppressed by patriarchy, but transwomen are doubly oppressed because of transphobia.

Why should we avoid this reversal of sex and gender? With regard to women, the trans idea is that both ‘cis’ women and transwomen are sub-categories of ‘women’ such that no differentiation should be made between either group with regard to their womanhood. This idea may soon be legally ratified, as exemplified through the transgender activists call for a revision of the Gender Recognition Act (GRA) 2004. A cross-political party consensus, based on canvassing the views of some members of the transgender community, is that those over 18 wishing to change their legally recognized sex would only need to make a statutory declaration that they intend to live in their chosen gender until death. This proposed change to the law is ill thought through and brings up conflicts with biological women’s rights although as yet no public consultation has sought women’s voices or examined the impact of the proposed changes on women.

The consequences break down into 2 main sections: services, and monitoring.
The fact of male sexual violence is the rationale for most sex-segregated services such as hospital wards, prisons and domestic violence refuges, as well as for public spaces such as toilets and single-sex changing rooms. Will prisons, for example, be able to distinguish between bad-faith and good-faith claims of men self-identifying as women? That men can self-identify as female, and thus belong to the legal category women even though they have their genitalia intact, is open to abuse. Our prisons are brutal, understaffed and underfunded. Transwomen in male prisons are targets for bullying and sexual assault by their fellow male inmates. This should not negate the fact that the sex-segregation of women from men in women’s prisons is necessary for women’s physical and psychological safety. Many women in prison have a history of suffering sexual assault and abuse from men through childhood/adulthood which are often contributory factors to their criminal offending.

The example of the prison also highlights the possible impact on the collection of statistics for monitoring discrimination, particularly since the person’s natal sex will be erased from all official documentation. If a man, self-identified as a woman, commits rape in a female prison (an occurrence which has already happened) it will not be recorded as a rape of a woman by a man if official information no longer distinguishes between biological sex and identified gender. Many social phenomena break down sharply along lines of sex: men are paid more than women for equivalent work; women do more household labour than men; men commit the vast majority of violent crime. Proposed erasure of natal sex from the gathering of statistics will mean we can no longer monitor the reality of sex-discrimination and gendered violence.

The proposed change to the GRA is a quietly radical one with potentially huge repercussions on everything from the justice system to the actuarial life expectancy tables used to calculate pension pots to women’s competitive sport. Our unequivocal acceptance of transgender ideas as an unalloyed good would be to turn our collective face away from addressing male violence and sex-discrimination which impact on women and girls, including those in our own Society.

We should avoid the transgender reversal of sex and gender with regard to children. The commonly proposed transgender idea is that a biological boy can be ‘really’ a girl because he has a girl’s brain (and vice versa). However, this ‘truth’ is based on scientism not on credible neuro-science. The diagnosis of children as transgender, some as young three, and their social transition to the opposite gender through change of name, pronoun, clothing etc. invariably leads to medical intervention by secondary school: the pre-puberty administration of puberty blockers; hormone treatment at 16 (it is proposed the age should be reduced); followed by the possibility of surgery at 18. In contrast to the voluntarism of adult transgendering, ironically transgender ideas about children advocate medical intervention into the lives of children which have serious, potentially irreversible life changing consequences, including sterility.

North East Thames Area Meeting suggests we become educated about gender diversity. I agree. In doing so, it is incumbent that our learning should encompass a broad sweep of thought. For example, in my view and with regard to my ethics, a boy who identifies with the clothes or toys traditionally associated with ‘femininity’ (a cultural construct) is a biological boy not ‘really’ a girl. His rights as a child to explore his identity freely without social censure or physical harm should be upheld and defended.

In conclusion, honouring the rights of any adult to gender self-define should be separated out from uncritically adopting transgender ideas and the current powerful role they are accumulating in shaping society. In reaching out to others in that which is eternal, whatever our chosen identities, we must reflect upon the many issues pertaining to transgenderism, including all our truths. I suggest we commit a fundamental error if we uncritically assume transgender ideas will lead us to the same path as other radical, progressive directions Friends have taken. Indeed, in accepting them we may fail to uphold the revolutionary roots of our Society in the 17th century which was to honour sex equality and we may fail to uphold our Peace Testimony even within our own community.