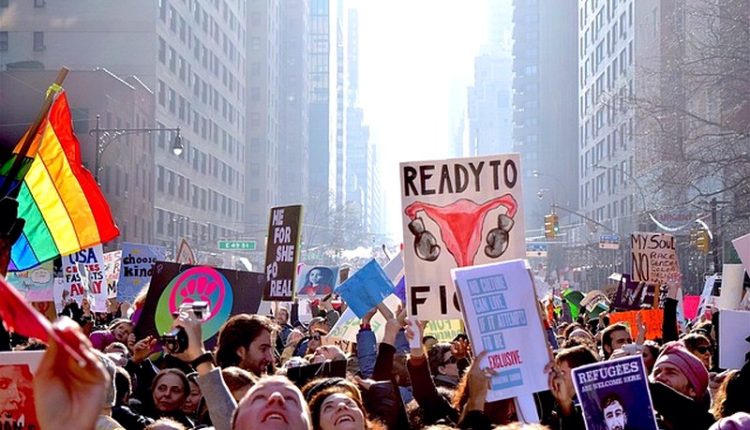 We are witnessing the beginning of a third wave of feminism. Taking up the struggle of Victorian social reformers, suffragettes and the revolutionary feminists of the 1970s, feminists today are fighting again for equal treatment and an end to sexual violence in a 21st society that remains patriarchal.

It’s a busy time for feminists in Britain. In late October, the new Women’s Equality Party (WEP) lauched its policy programme. It is pressing for equal representation in politics, business, and industry; equal pay and equal parenting; equal treatment of women by and in the media; and an end to sexual violence.

A few days after attending the launch, I went to the Feminism in London conference, which attracted over a thousand women and men who had come to listen to an array of speakers talking about issues as diverse as trafficking for domestic labour, equality and austerity, and the campaign for 50:50 representation in parliament. I was very excited, feeling part of a feminist movement “on the move”.

It’s unclear how many women or men self-identify as feminist, and perhaps the majority of people couldn’t care less one way or the other. But whichever position you take, the history of feminism demonstrates that it transforms private and public life – whether or not everyone is conscious of this, or welcomes that transformation.

A brief history of feminist time

The last two centuries have witnessed three waves of feminism. Unfortunately the first two followed a familiar pattern: initial public resistance to feminist aims followed by a period of social acceptance of what initially seemed unreasonable demands. Then comes a denouement, usually taking the form of a consensus that feminism has succeeded and thus made itself redundant. After this women become at least publicly quiescent about their social conditions until a tipping point occurs and feminism rises up again like a phoenix from the ashes. This may well happen again.

The first wave of feminism arose during the 19th century and the beginning of the 20th century and worked for social reform. Women such as Josephine Butler were concerned with prostitution, and with the double-standard of sexual morality. Harriet Martineau, a co-founder of sociology, taught that any sociological analysis of key political, religious and social institutions should include the lives of women, while Emmeline Pankhurst campaigned for women’s right to vote and to have full political citizenship.

The second wave of feminism arose in the 1960s, 1970s and 1980s and was less concerned about social reform as revolution. This period was a ferment of political activity. Australian writer Germaine Greer argued that women’s sexuality was tamed and eviscerated by patriarchy, while British theorist Sheila Rowbotham described the inter-relationship between capitalism and patriarchy in exploiting women’s labour.

In the 1990s the language of “post-feminism” began to arise in public discourse. Thankfully, it was alleged, we can all rest easy now that women are equal in the land of sexual and gender politics. Terms such as women’s individual “empowerment” replaced the idea of collective action. Although it was sometimes recognised that male sexual violence still existed, the strategy of resistance focused on women’s rights to look and act as they please, without risk or blame.

A phoenix rising from the ashes

A few years into the 21st century and a tipping point began to occur again. In 2005, Levy argued that when women sexually objectify themselves and other women this is not a signifier of the success of feminism and women’s equality with men, but rather feminism’s downfall.

New movements began to emerge which returned to the idea that all is not well with gender relations. Laura Bates began the online Everyday Sexism Project and Kat Banyard co-founded the campaigning group UK Feminsta and wrote about the illusion of women’s equality. She is now spokeswoman for the End Demand for prostitution campaign and an outspoken critic of Amnesty International’s policy decision that prostitution should be de-criminalised, arguing it is little more than a pimp’s charter.

Unfortunately the sexual, racial and economic inequalities of a patriarchal society haven’t disappeared because of feminist political activity. These social structures are remarkably persistent, although they shape-shift according to changed historical and political circumstances. Nevertheless, while any wave of feminism is surging, real legal and political gains are made that transform all our lives for the better.

The history of feminism seems to suggest that this third wave, which is currently gathering momentum, may bring about personal and public changes such as an increase of women MPs, public awareness of male sexual violence, sensitivity to the gender pay gap and to women’s structural economic disadvantage. But then history suggests feminism itself will sadly fade away.

If my prediction of the ultimate collapse of the third wave turns out to be true, let’s move with speed and ardour while we can. The lives of women, children and men will be immeasurably improved. Long may it last.