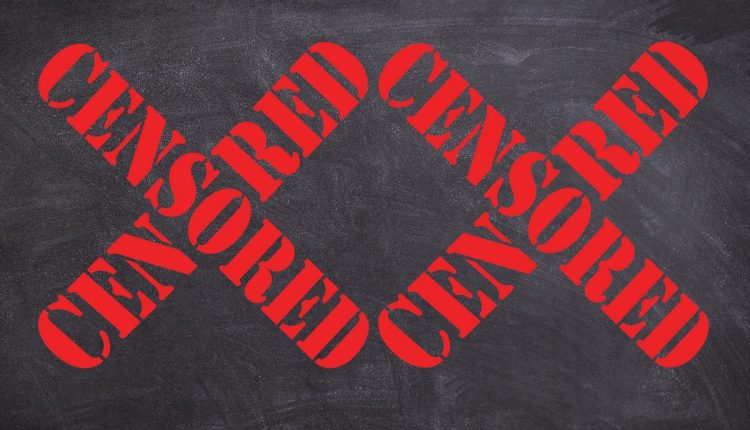 ATTENTION: Our conference on Sex and Relationship Education takes place on October 27th 2019 (London) where 4 of the contributors to The Book (see article below) will speak and answer questionsYou will have an opportunity to buy the book cost price and celebrate with us at the Book Launch

Since the publication of the book Transgender Children and Young People: Born In Your Own Body there have been ferocious attempts to silence myself and my co-editor Michele Moore, including sustained attacks on our careers, livelihoods and reputations the likes of which we have never previously experienced in our long academic careers. The publication of our second book, Inventing Transgender Children and Young People, was temporarily interrupted following a threat of litigation by the NHS Tavistock and Portman Hospital Trust UK, home to the Gender Identity Development Services (GIDS). So, not only have we experienced constant attempts to silence our views on the transgendering of children, in the past few weeks we have undergone the nerve-racking fear that our second book might not even be published.

The ordinary person, without necessarily realising it, is now awash with the language of transgender ideology: society ‘assigns’ children’s sex at birth; girls and boys can be ‘born in the wrong body’; those of us who don’t identify as transgender are ‘cis’; some people are born ‘non-binary’ (neither male or female); progressive people unequivocally ‘affirm’ transgender individuals, not because, quite rightly, adults have the right to define themselves as they wish, but on the grounds that a man who identifies as a woman is a woman, was born female, and that anyone who does not unequivocally believe this is transphobic and bigoted.

As the transgender lobby knows perfectly well, its nomenclature has performed a lot of philosophical and ideological work in shaping societal values and sensibilities, particularly since the Equality Act 2010. The new language is the foundation stone on which the edifice of transgender ‘truth’ and the narrative of transphobia is built. It forms the basis for some of the following to take hold: The harassment of academics; The partisan bias of the BBC; Genitally intact male prisoners who identify as women (many of whom are incarcerated because of violent sexual offences) housed in women’s prisons; Men who identify as women now allowed in NHS single sex hospital wards; Male bodied athletes competing in women’s sports; the partisan behaviour of the police and so on – the list is almost endless.

The claim that an adult man can be truly female in a male body (and vice versa) positively requires the existential figure of ‘the transgender child’. Thus transgender language also helps contribute to inadequate research at the Tavistock; The use of transgender concepts by some of the Tavistock’s clinicians and the celebration by other Tavistock clinicians of genderqueer and queer sexuality; The new mandatory Sex and Relationship Education for schools which, accepting medical and queer ‘truths’, informs young children they can be ‘born in the wrong body’.

These examples are not discrete but are the manifold effects of a single cause – the myth, increasingly accepted by our institutions as an intractable ‘truth’, that biological sex is a social construct but that ‘gender identity’ is inborn, assertions which bear no relationship to biological fact or progressive values.

Moore and I conclude our joint chapter expressing the hope that the second book will ultimately help prevent the interjection of transgender ideology into the clinics, schools, communities, families and other institutions where children must be safeguarded. We say:

This time, any ‘book burning’ campaign will assure us that our critique of transgender affirmation is powerful … we hope there will be a backlash, bringing global attention to the public scandal of ‘transgendering’ children.

Ironically, we were not to know when we wrote those words that the Tavistock would begin the backlash before the book was published.

The Tavistock first wrote to us as editors and to the publishers, requesting a pre-publication copy so that only “factual and accurate content is put into publication” and hoping we would “cooperate in order that the book is fair and accurate”. After we respectfully refused the request to vet the book, we then received solicitors’ letters which on the one hand tried to assure us that we would not be “gagged” but also threatened “potential consequences” if we did not work with them to ensure that the book contributed to the debate in what they described as a “positive manner”.

This threat signified precisely what the book discusses: the fear borne by people who speak out, whether it is in the academy, the school, the clinic, psychiatric services, social work or, indeed through the written word. The Tavistock are an NHS organisation, using public funds to try to influence the manner in which Moore, myself and the other writers contributed to the debate.

The letters claim that the Tavistock welcomes “well-formulated and reasoned discussion about the ambit and practice of the service”. It ought therefore to welcome robust discussion with us post-publication about the following issues which we dispute: its claim that it works with a cogent evidence-based model for medical intervention on children’s bodies (which can cause life-long medical problems, including sterility); its claim that its model of the child is unaffected by the close nature of its relationship with trans lobby groups; its disavowal that psychologists wedded to queer theory translate their views into clinical practice with vulnerable, confused and impressionable children and young people; and its assertion that children can truly give informed consent to medical procedures that will have life-long consequences.

The mere questioning of whether a boy or a girl can actually be born in ‘the wrong body’ arouses immense passions in some people, particularly in those who, ironically and naively, see the practice of transgendering children as emblematic of a more tolerant, diverse and inclusive society. But ‘the transgender child’ does not exist outside of discourse, rather it has been conceptually invented over the last 30 years by medicine and the law, as well as by partisan lobby groups such as Mermaids and Gendered Intelligence which have no background in child or adolescent psychology and which have had historically close relationships with the Tavistock.

Inventing Transgender Children and Young People explores the serious safeguarding issues, both social and medical, which have emerged as a consequence of the invention of ‘the transgender child’ and the Tavistock’s role in that invention. It is imperative for groups and organisations inside and outside of gender medicine to challenge the theory and politics of ‘the transgender child’ despite the ferocious political backlash it will inevitably entail. As editors we are ready (we hope) for the vitriolic accusations of hate speech and transphobia which will almost inevitably be directed at us when this book finally emerges on bookshelves. But more important than any personal cost is the cost to children and young people if we and the contributors hadn’t spoken out.

Unless alternate views about transgenderism can be heard in the public domain, then no other versions of progressivism or of supporting children with gender dysphoria are available to the public. It is time for society to wake up to the consequences of the terms ‘cis’ and ‘transgender’ and the claim that some children are ‘born in the wrong body’. The claim results in the abuse of children’s rights, not only the rights of those children who find themselves in gender identity development services, but the rights of all children and young people. These rights are the rights to physical health and bodily integrity, to scientific knowledge of human biology, to adult care, protection and oversight, to social conditions compatible with mental health including freedom from the current adult near obsession with matters of sexuality and ‘gender identity’. This early 21st century preoccupation with identity doesn’t alas give children freedom from gender stereotypes but binds them ever closer to traditional ideas of what it is to be a girl or a boy, a woman or a man.

The Medico-Legal ‘Making’ of ‘The Transgender Child’