Pornography and the Middle-Aged Straight Man 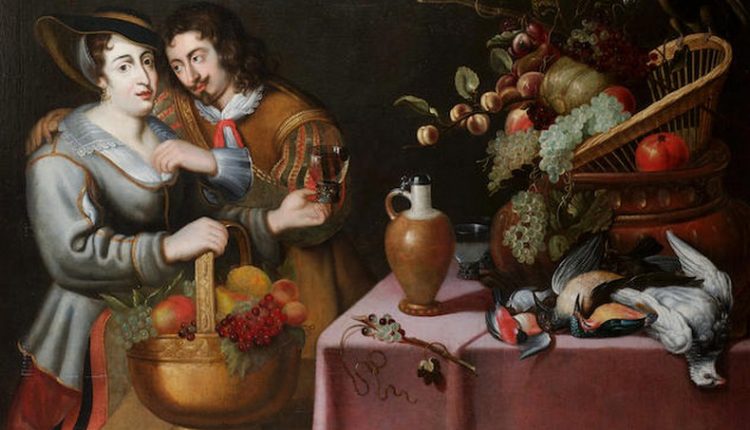 I found myself spending the few days over the New Year period in a community deep in the UK countryside. Apart from sharing domestic chores, much of the time could be spent deliciously relaxing on sofas arranged around a huge wood burning stove.

On one such occasion I found myself sitting next to a total stranger. I will call this person Jim, a man in his early 60s. Jim’s opening question, after finding out my name, was to inquire what I do for a living. One question led to another and I told him that I am an academic currently writing a book whose deadline is looming.

At the mention of my book’s topic, internet pornography, his body showed an almost imperceptible, but intense, interest and then the concealing of it — an involuntary response to which I have now become accustomed. More unusually he became openly animated when I told him I am applying the thought of the philosopher/social theorist Michel Foucault and of numerous radical feminist writers to help provide my theoretical framework. He asked me whether we could have a fuller conversation the following day, after the impending New Year’s Eve party, because, he declared, he is fascinated by philosophy.

The conversation with Jim on New Year’s Day was clunky at first and without energy (although my hangover may have had something to do with that!). I explained I see internet pornography as playing a particular role in the impediment to women’s equality. Although there are many current and sometimes conflicting views about internet pornography, on the whole our society has arrived at a consensus that the production and consumption of pornography by adults signifies one of our human rights in a liberal democratic society; indeed, in contrast to more repressive societies, we understand pornography as emblematic of sexual freedom, free speech, and even women’s sexual emancipation. My book (forthcoming, called Internet Pornography: Disciplining Women Through Sexual ‘Freedom’), in contrast, argues that pornography is a reactionary, exploitative practice through which women in particular, but also men for that matter, are sexually disciplined and governed.

The perplexity in Jim’s eyes made me change tack! He was openly eager to “confess” his own pornography use so we settled down to discuss that. We both agreed that as a thoroughly “respectable” middle-aged man he belongs to a demographic of pornography user rarely societally acknowledged — namely the grandfather, father, husband/partner who masturbates to women (most of whom are young enough to be his daughter or granddaughter) and who keeps this secret from his partner. At my prompting he acknowledged that women are portrayed at best as sexual objects for male pleasure and as willing participants in their own degradation, and that much pornography eroticizes men’s actual violence to women. He took pains to let me know that I wasn’t introducing him to a set of ideas he hadn’t already arrived at on his own account, although he pointed out some women watch pornography too.

I had a number of feelings and thoughts. Firstly, Jim, a not insensitive man, prioritised his orgasm above all other personal and political concerns about harm. Secondly, in one important aspect I now know more about Jim than his partner, and although in this context I felt the imperative to keep his secret, I also felt slightly besmirched by my complicity. ‘Viv’, Jim’s partner, was also at the community. She is a middle-aged woman and she thus belongs to the demographic least familiar with the tropes of internet pornography. Jim’s secrecy denies Viv knowledge about her own life: downloading of pornographic images takes place in her home; her partner finds degrading images of women erotic; he goes behind her back to achieve his pleasure, something she would regard as ‘cheating’; his difficulty in sharing an orgasm with her might not be the inevitable consequence of aging since he clearly has the physical capacity.

Thirdly, I reflected on my political analysis of pornography and its place in liberal democracy. A particular slur is lodged about feminists like me who raise a critical voice. The conventional, generic response of advocates, including academic feminists and consequently the students they teach, is comprised of the following: I am ‘anti-sex’; I deny women’s sexual agency; I homogenise pornography as ‘one thing’ when in fact it is heterogeneous; I’m the thought police and want to censor harmless fantasy; I stir up moral panics and thus my political position is indistinguishable from the Right.

This ad hominem argument is reductionist, misleading and has functioned for a number of years to silence and belittle the radical feminist voice. It is also coincident with the expansion of the pornography industry. The accusation inverts the feminist argument which is in fact ‘anti-establishment’. Pornography is a hetero-normative discursive practice that intersects with patriarchal attitudes and capitalism to shape both men and women as subjects of sexual desire and gender power. Despite the supermarket of body parts, ethnicities, fetishes and practices pornography mobilises a foundational narrative: sexual women are available, compliant ‘sluts’; the Penis Rules OK!

In the future perhaps we will marvel at how, in the early 21st century, we allowed an industry to shape our imaginations for profit, and invested pornography as ‘key’ not only to the desiring self but to freedom. As with previous attitudes (e.g. opposition to women’s right to vote) which seemed rational at the time but which we now repudiate as culturally normative and antithetical to women’s equality and full personhood, let’s hope we consign today’s pornography to a culturally specific, shameful and ugly patriarchal past. Bring it on!