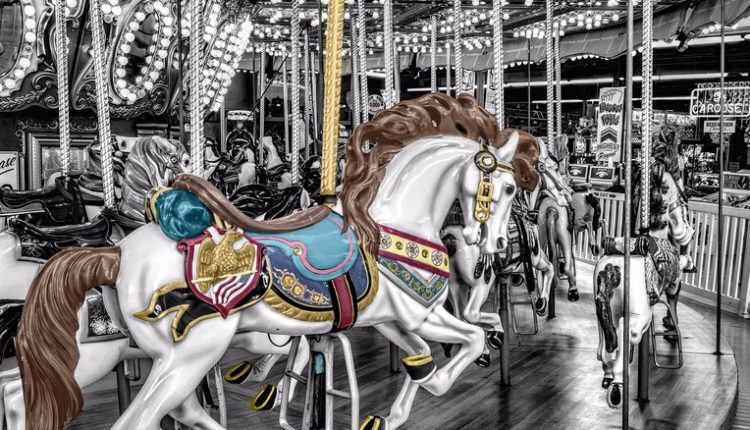 Although written with a light, populist touch, the views Gibbs expresses place his thoughts firmly in a strictly neo-liberal camp: responsibility for children’s internet viewing lies with parents not the state; in the pornography market place the availability of ‘free’ pornography should not be threatened; the individual sexual liberty and privacy of the ‘adult’ (male?) pornography consumer should not be eroded.

The Conservative Party and the Regulation of ISPs

The Conservative Party introduced legislation in 2014 compelling UK ISPs to provide parental controls that can block children’s access to certain web-sites. On setting up a new broadband connection in the home, the bill payer is given a choice to filter pornographic content.  As it stands this filtering is a matter of option, not compulsion, and it is estimated that only one in seven households takes it up.

What concerns Gibbs is that the Conservatives want to take filtering even one stage further and compel pornography sites to verify age beyond the simple mouse click on the ‘I am 18 or older’ age gate.

The culture secretary Sajid Javid has responded to a recently published NSPCC Childline survey about children’s pornography consumption with a pre-election pledge.  He has declared that, if re-elected, the Conservative Party would increase regulation not only of UK but also of overseas ISPs. ISPs will have to put in place age-restriction controls through a process which would require the consumer to prove adulthood by credit card verification check or by sharing details of their passport or driving licence through special pre-approved software.

Gibbs mounts a case for questioning the proposed legislation.  He makes 3 points:

First, he suggests responsibility for preventing children’s pornography consumption lies with the parents and not the state. He asks ‘should the government really be doing this or should it be down to the parents to control their children’s access to the internet’?

Third, he is conscious of the sensibilities of the adult consumer. He asks ‘would the legitimate viewers of hard-core pornography be comfortable with verifying their age and linking their viewing habits directly to themselves’?

The following column first appeared at the University of Leicester

An article by Polly Neate, the Chief Executive of Women’s Aid, was published in the Telegraph on 11 June where she insists ‘we need to properly understand that the vast majority of victims of domestic abuse are women’.

Neate was responding to Professor Sylvia Walby’s recent intervention at a UK Statistics Agency (UKSA) seminar on improving crime statistics. The seminar brought academics, police, policymakers and journalists together with statisticians to discuss how improvements could be made to understanding the scale of crime. Walby’s intervention was based on a piece of research she carried out with her colleague Jonathan Allen entitled ‘Domestic violence, sexual assault and stalking: see findings from the British Crime Survey which demonstrated that that the way domestic abuse is measured is fundamentally flawed.

At the seminar Walby insisted the way statistics about violence are collected and recorded should be reviewed. Neate asks the question: ‘Why does Walby’s intervention matter so much?’

Walby is a professor of sociology and Unesco chair of gender research at Lancaster University, who, with her colleague, carried out a painstaking analysis of the statistics of the Crime Survey of England and Wales (CSEW). They discovered that the incidence of violent crime against women, and domestic violence in particular, is grossly underestimated.

The CSEW doesn’t account for a significant proportion of attacks on women (and that nearly half of all violent crime is committed against women). This is due to a ‘cap’ on the number of crimes recorded, which stops counting after five repeat incidents against one victim. When this cap is removed, Walby says violence against women by intimate partners rises by 70 per cent and violence against women by acquaintances by 100 per cent. As such, and put simply, the systematic, repeated victimisation of women is being ignored.

Neate argues that we know that domestic abuse has, at its heart, a repeated coercion and control, so to deny the importance of repeated instances is simply misleading. By capping the number of recorded incidents suffered by an individual at five, the ONS effectively makes it impossible to get a true picture of who the victims and perpetrators truly are. After a considerable period of pressure from Women’s Aid as well as other organisations and charities, Walby’s intervention must now be the decisive factor that pushes the The Office of National Statistics (ONS) to act.

The unquestioning repetition of the ‘one in four women, one in six men’ statistic has serious side-effects. It prefaces many of the gender specifications drawn up by local authorities which call for a ‘gender-neutral approach’, and in some cases even for the allocation of resources for abuse victims to move towards a ratio where 40 per cent of provision is set aside for men – meaning an even greater loss of support for women than is happening anyway as a result of ‘austerity’. This statistic has stuck in the minds of journalists and academics, making it increasingly difficult without being challenged to describe the fact that domestic abuse is a crime overwhelmingly affecting women.

Neate argues one of the most unthinking mantras around domestic abuse is: ‘Domestic violence doesn’t discriminate, why should we?’

It’s as though someone ‘choosing’ to commit a crime against you can be compared to the weather ‘choosing’ to spoil your picnic. But, as the true statistics unequivocally show, discriminate is exactly what perpetrators of domestic violence do. This is not to argue that men are never the victims of domestic violence but they tend to experience less severe violence and are less likely to be seriously injured or killed by a current or former partner. Domestic abuse is not a random event that can strike anyone, for no reason. It is about gender, and so should our response to it be. In Neate’s view this means everyone responsible for services – from national policy to local commissioning and delivery – should be turning their backs on gender neutrality.

The Powers of Language

The gendered issue of domestic violence was initially flagged up over 40 years ago which witnessed a sea change in how we viewed domestic violence. Much feminist sociological literature began to be written in the 1970s and 1980s about what was then termed ‘wife-beating’. At this time feminists declared ‘the personal is political’ and thankfully, as a society we learned some lessons from this new way of framing intimate relations.

Indeed Walby was one of the feminist sociologists who described wife-beating as more prevalent than had hitherto been thought. No longer could we view this phenomenon as extremely rare and only practiced by people outside of respectable society – the ‘uncouth’ and ‘deviant’ working classes – but rather it occurred within the middle-classes too.

For a brief moment in time we were brought up against what went along with this new conceptual reality, namely the social fact of men as the common perpetrators and of women as the common victims. However, very quickly the terms domestic violence was coined which erases the gender of the perpetrator.

On the Problem of Men

I argue that to point to men as the perpetrators, like the syndrome of the child pointing out the Emperor’s nakedness, is a fact that we are not supposed to name. Shooting the messenger is also a societal syndrome. I am mindful of the insults and worse that accrued to someone for even suggesting that at least one woman’s face be on our currency, so I would like to be very clear about my politics. I do not ascribe the problem of male violence to any essential biological traits of masculinity; I am not consigning men to the level of beasts, nor do I suggest that women are never violent.

On the contrary, I argue that gender is socially constructed and if we want to work towards a just society where men would find it unthinkable to be violent to women because they are women it behoves us to look at the social forces, power structures and narratives through which we take up our masculinities and femininities.

I concur with Neate’s analysis. She insists domestic violence is ‘both a consequence and a cause of women’s inequality. It is linked to a culture that undermines, belittles and devalues women’. She goes on to advise ‘Unless we accept this, we will undermine services that support women to recover, and we will be nowhere near to any success in preventing domestic abuse. We must tackle the sexism in our culture that permits and even encourages it’.

The neo-liberal talk about women’s current sexual empowerment has become hegemonic. Violence against women is not a sexy topic unless of course it is portrayed in pornography where we find ubiquitous images and films of men degrading, raping and being violent to women, for the sexual pleasure of the viewer. Indeed a common pornographic trope is of women being gagged or having their mouths taped such as the image in the Telegraph of a woman being silenced about domestic abuse. As a society we could join up the dots if wanted to.

For those not ‘in the know’ there is tension in the feminist movement between liberal feminism and radical feminism with regard to systemic male sexual violence. Within liberal feminism it is very little discussed, but when it is the language used is of the individual rather than of social systems. As a radical feminist I sometimes self-censor in case I am seen as anti-sex (the current pejorative term to slur a feminist who critiques the sexualisation of culture and points to the relationship between this and crimes of violence).

It is thus with supreme irony that I turn with relief to the Telegraph, a newspaper not specifically notorious for its feminist sympathies, and to its headline which voices my own view: ‘Domestic abuse could not be further from gender neutral. Wake up Britain’

A  shorter version of this article is available on The Conversation